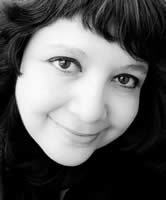 Outside of Indiana University she is the Artistic Co-Director of Aguavá New Music Studio, an artists’ group with which she records and tours internationally. She has been previously the Resident Conductor of the Chicago Contemporary Chamber Players (Contempo), the Music Director of the National Chorus of Spain, and a Visiting Professor at Dartmouth College. In 2009 she became a Series Editor for Oxford University Press.

Tellez was born in Caracas, where she attended Catholic private schools and completed studies in piano and composition in public music conservatories; but came to Indiana University for her advanced work, including a Doctor of Music degree with highest distinction. Her thesis “Musical Form and Dramatic Concept in Handel's Athalia” won the ACDA Julius Herford National Dissertation Award in 1991, and was the first study to propose the influence of Racine on the development of the modern oratorio.

She is renowned as a specialist in twentieth and twenty-first century choral sacred repertory, a major growth area for Notre Dame's new Program in Sacred Music.

As director of the Contemporary Vocal Ensemble at IU Tellez has mounted projects including the commission, performance and recording of James MacMillan's Sun-Dogs, for chorus a cappella; the Missa brevis by the noted Mexican composer Mario Lavista, and the premiere and recording of Juan Orrego-Salas's choral-orchestral cantata La ciudad celeste.

Other notable projects are the first university performance of John Adams's El Niño; Karlheinz Stockhausen's choral opera "Atmen gibt das Leben...,"Arvo Pärt's Passio, Shulamit Ran’s full version of Credo/Ani Ma Amin, and James MacMillan's Seven Last Words from the Cross, among many others too numerous to cite here. She is the first woman on record to conduct the monumental Grande Messe des Morts by Hector Berlioz with 450 performers on stage.

In 2008 she premiered Gabriela Ortiz's video opera Unicamente la verdad! (Only the truth!), on the complex issues surrounding the glamorization of drug trafficking;  and gave the first university performance of Osvaldo Golijov's opera Ainadamar, on the poet García-Lorca as a symbol for free speech.

Most recently she conceptualized and conducted an interdisciplinary immersive performance of Don Freund’s Passion with Tropes.

Tellez sees herself as an advocate for new modes of conducting, establishing collaborations with other artists and scholars, and frequently presenting in art museums and distinctive architectural spaces.

She is an energetic and innovative programmer of events featuring contemporary composers and discussions of their works, but also, of canonic composers who can be experienced from a new perspective.

In a statement made when she received the Sonneborn Award, the most distinguished faculty award at IU, Tellez spoke of the conductor of the future, and the use of new technologies to lead today’s audiences more profoundly into the structure and meanings of musical compositions.