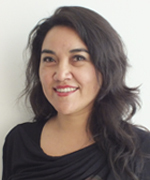 The theology of the Church at the Second Vatican Council was shaped by many forces and voices. In the transition from the early and unsatisfactory schema De ecclesia to the eventual dogmatic constitution, Lumen Gentium, a proposal was sent by Cardinal Raúl Silva Henríquez and theologians from Chile called Ecclesiam Dei. The Chilean proposal dealt with the spirit of collegiality, a new pastoral orientation for the Church, authority and freedom in the Church, the Church and peace, and ecumenism. This talk will survey and evaluate the vision of the Church in the Chilean proposal.

Sandra Arenas, assistant professor of theology at the Pontifical Catholic University of Chile (PUCC), specializes in ecclesiology, ecumenism, and Church history. Currently a Kellogg visiting scholar, she is an expert on the Second Vatican Council.

While at Kellogg, she is working on a project centered on the impact of Archbishop Marcos McGrath, CSC on Vatican II. McGrath, who became archbishop of Panama, was a 1945 graduate of the University of Notre Dame, and Arenas will conduct research in the McGrath archives in the Hesburgh Library.

Arenas has previously conducted research on the Chilean contribution to Vatican II and on the history of PUCC’s Faculty of Theology. While at Kellogg, she will collaborate with Latin American/North American Church Concerns (LANACC) on several ongoing research projects related to Vatican II.